The Second Man Is The Lord

45 So also it is written, “The first man, Adam, became a living soul.” The last Adam became a life-giving spirit. 46 However, the spiritual is not first, but the natural; then the spiritual. 47 The first man is from the earth, earthy; the second man (which God is NOT! – Numbers 23:19; Hosea 11:9) is from heaven (came from God).

Let’s not get this phrase twisted.

This passage contains several metaphors. The Lord Jesus is the called the last Adam and the Second Man in this portion of writing. These two titles of Jesus compare Jesus with Adam. Yet most Christians understand that this statement is not literally true because Jesus name was never Adam nor was He literally the second man after Adam (Gen 4:1). However, it is a correct metaphor presentation of Christ. 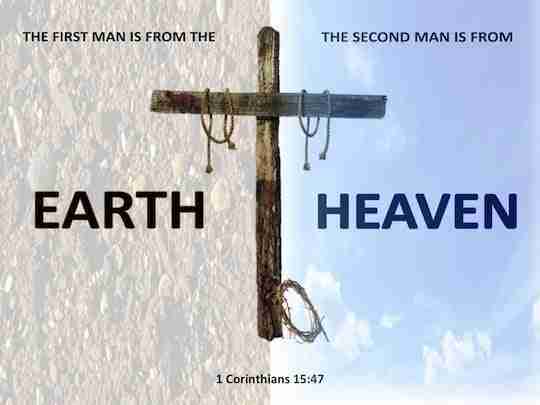 The First Man and The Second Man

this passage is talking about two men,

The First Man and The Second Man!

We call God “father” but that does not mean God is a male?  If that were the case, would that mean God needed a “Female” companion to make a Son? Of course not. Father can also mean creator, which has nothing to do with sex- Both Adam and Jesus are called the Son of God (Luke 3:38, 2John 1:3) and neither titles have anything to do with God “having sex.”

We also call God our Father for the same reason: (John 20:12) Because God created man (God did not birth man, yet it was God who caused the embryo within a virgin to start developing) in God’s image (Gen 1:27).

The “Spirit” Jesus had with him, and in him, (in addition to his human spirit) was that of God his father (his creator).

(John 8:29) “And he (God) that sent me is with me: the Father hath not left me alone;…” (It is made clear that this man Jesus was not by himself (alone), nor did he send himself, nor was he referring to himself as the Father when Jesus said “he” that sent “me”)

This “Sonship” experience is true for every individual who is led by Gods’ Spirit (Romans 8:14)

Understanding The Lord “from Heaven“

(Ref: From Heaven, From Above, From God )

48 As is the earthy, such are they also who are earthy (sinful, ungodly); and as is the heavenly, such are those who are heavenly (Holy, godly)

50 Now I say this brothers: that flesh and blood cannot inherit the Kingdom of God; neither does corruption inherit incorruption.