There are those who will NEVER acknowledge this truth!

Even after reading it for themselves.

They may NEVER openly speak of it, teach on it or preach on it publicly.

Yet, God will call the least among us to bring light to those other important scriptures that many may want to avoid.

We as Christians are responsible to make the whole truth (not part of it) available to everyone.

So “turning a blind eye” to the truth doesn’t make the truth disappear, only ignored. 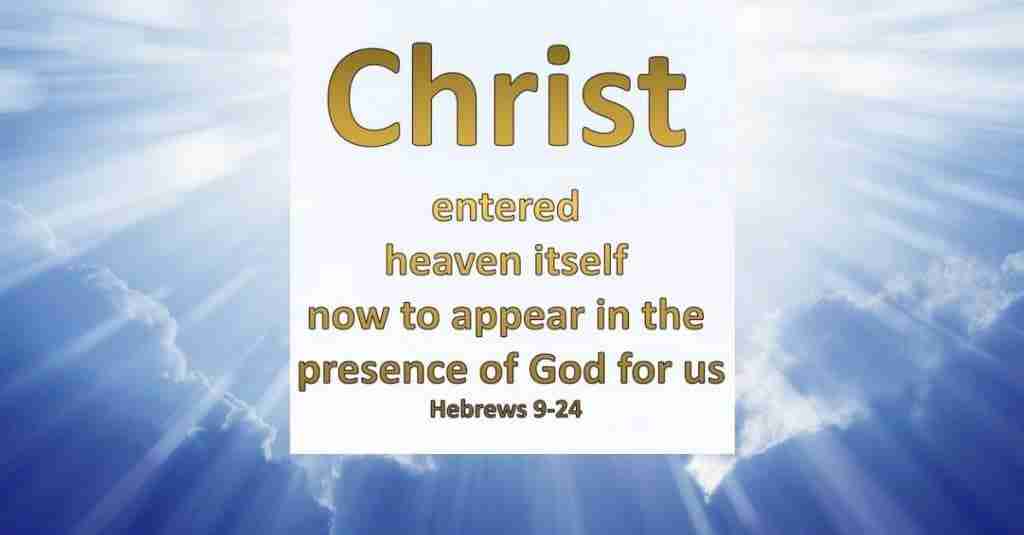 Jesus Appeared Before God (Singular), Not Multiple Gods, & Jesus Did Not Appear Before Himself!

(Hebrews 9:24) “For Christ is not entered into the holy places made with hands, which are the figures of the true; but into heaven itself, now to appear in the presence of God for us:”

Note: There are two serious problems in trying to explain how Jesus is God here.

First, this verse indicates that Jesus was not omnipresent for Jesus “entered” “into heaven itself”; and

Second, there are clearly two separate individuals being referenced; as Jesus, now appears “in the presence of God” for us!!

Note: We use the word “omnipresent” and cite Jeremiah 23:24 but is it a literal attribute of God or figure of speech? If God fills all space “literally” is God in both heaven and hell? How could Jesus ascend to heaven if he is God and fills all space? How was Jesus soul sent to hell then removed from hell (Acts 2:31-32) if his spirit fills all space as God?

(Luke 23:46-47) “And when Jesus had cried with a loud voice, he said, Father, into thy hands I commend my spirit: and having said thus, he gave up the ghost. 47 Now when the centurion saw what was done, he glorified God, saying, Certainly this was a righteous man.”

(Hebrews 7:25) “Wherefore he is able also to save them to the uttermost that come unto God by him, seeing he ever liveth to make intercession for them.”

(Romans 8:34) “Who is he that condemneth? It is Christ that died, yea rather, that is risen again, who is even at the right hand of God, who also maketh intercession for us.”

Note:  In the above verses, who is reflected as being the intercessor, Jesus or God? In order to have an intercessor in heaven pleading to God, there have to be at least two individuals (not two God’s). One is God and the other individual is identified as Christ (Jesus); Christ who carries the titles “Son of God and Son of Man and Man” and if God said Jesus was His Son (2Peter 1:17) it is better to take your instructions from God rather than from anyone telling you something not found written anywhere as such in the Bible.